Ask many search marketers what their primary goal is and most will probably tell you it”s to appear in the top position on the first search engine results page (SERP). Top placement has been the holy grail for search marketers from the very beginning and it is completely understandable. It is well known that consumers are more likely to click on the top ad above or to the right of the organic search results. For the search advertiser, that means a better click-through rate (CTR) which equals more site traffic (often at a lower cost per click), and ideally more sales. For many marketers, top placement is the best way to maximize their search performance. However, search marketers should not be mislead into thinking that a consumer clicking on the first ad he or she sees constitutes the totality of shopping behavior on the search engines. In all actuality, it”s rarely a “one and done” type of situation. When users use a search engine whether it is Google, Yahoo, Bing or any other for that matter, they conduct multiple searches nearly 65 percent of the time. Additionally, three or more searches are conducted in nearly half of all sessions and 12 percent of sessions included a whopping 10 or more searches. As you can see, the idea that a consumer will automatically select the first ad they see is far from the truth of the matter. What does this mean for search marketers? Search refinements! 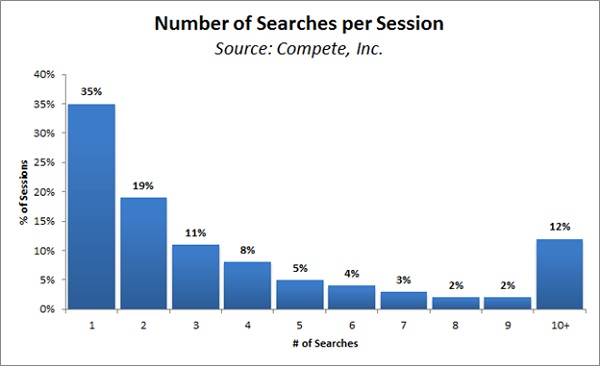 What Are Search Refinements?

The key takeaway for marketers is that single phrases are very rarely typed into a search engine by itself and in isolation; it is far more common for searchers to enter multiple phrases in rapid succession, building on each preceding phrase and getting more detailed, until they find what they seek. These subsequent phrases are known as “search refinements.” As an example, I recently sat down with a friend who was searching Google for a used Fender acoustic guitar. Her initial search term was “Guitars,” quickly followed by “acoustic guitars,” “fender acoustic guitars,” “fender acoustic guitars FA-100” and finally “”fender acoustic guitars FA-100 used”. As she move on from phrase to phrase notice how the level of detail increased until she found exactly what she wanted. This closely mimics the buying cycle where the consumer begins in the reach phrase with very general, broad keywords and as they get closer to purchasing the keywords become much more detailed and focused. 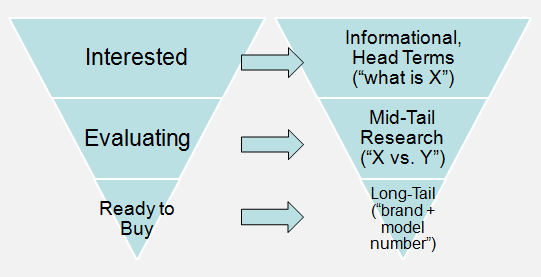 Although my friend didn”t find exactly what she was looking for, she did end up clicking on the ad of a well0known national music dealer whose ads appeared on the SERP for four of her five searches. This behavior raises an important question: are searchers more likely to click an ad that appears on each subsequent search? To find out, I conducted a study analyzing estimated CTRs for over 200 search advertisers who consistently appeared on subsequent search refinements (for instance, “guitar reviews” and “acoustic guitar reviews”). What I found was amazing.

Users were much more likely to click on ads that appeared more often in the same session. More specifically, the study showed that an ad that appears at least 10 percent of the time for both the initial query and the follow-up query received an average lift of 52 percent of their initial CTR on the subsequent search. As an example, take an advertiser who received a CTR of 1.0 percent on the term “Gettysburg Hotel.” That same advertiser appearing on the search refinement, “Gettysburg Hotel battlefield,” would be expected to experience a “CTR bonus” of .52 percent relative to other advertisers, because he appeared on both terms. Think of it almost like the old advertising philosophy are being seen more than three times before a consumer takes action. This is its digital cousin. Of course,it should be said that the impact of repeated search impressions may not be the only factor that results in a bump in CTR. Undoubtedly, advertisers who are more thorough in targeting search refinements also tend to be more thorough and rigorous in their approach to ad copy and landing page design. The best marketers go to great lengths to ensure their campaigns respond to searchers” intent and deliver a highly relevant experience.

Use Search Refinements When Creating Your Campaign

Search refinements are incredibly underutilized. While many search marketers focus quite heavily on initial keyword expansion and ad copy optimization when developing this campaigns, few think about the impact their ads might have when seen in rapid succession. Nine times out of ten it probably isn”t even considered. Advertisers should consider not only the keywords they target, but also the sequence in which those keywords may be entered as users refine their initial searches. By ensuring high coverage and relevant ads across the entire chain of search refinements, you will not only increase your CTR on the initial search phrase, but also on longer, more specific phrases as well.

There Is A Catch

Just as with all marketing, make sure you deliver a relevant experience. In this case, make sure that your landing page delivers on what was promised in the ad, and that it does so in a way that is user-friendly. In the case of my friend shopping for an acoustic guitar, when she clicked on the music company”s ad it landed her on a very complicated search page within the site that included twelve search fields and included electric and bass guitars in addition to acoustic guitars.It was very frustrating as she expected to be taken to a page showing just the fender acoustic guitar that she wanted and ideally to a page that had the exact instrument she desired. She ended up abandoning the site, and her search session, and ultimately purchased her guitar from another company just a few weeks later. Few things in paid search are more tragic than spending considerable time and money optimizing high-traffic terms only to lose your prospects just before the sale.