Ebola- the word itself is enough to give people nightmares. It is without doubt a horrible virus and has taken a deadly tool across the world especially in Africa where the latest Ebola epidemic has taken place in 2014 leaving hundreds dead and a sense of fear should it makes its way into major cities across the world. Now you are probably wondering what does the latest ebola outbreak have in common with modern marketing. Many won’t see the connection but, like many global events, there is a lesson to be learned. In this case, the lesson is looking at how the nations of the world are handling the outbreak. The United States in particular has handled the situation especially well especially so since the United States even brought an ebola stricken US citizen back home from Liberia which raised fears of the virus coming to the US. Many businesses can look at how the US is handling the concern of its citizens and apply the lessons to their own crisis management tactics. Let’s face it, at some point or another, something always goes wrong. An email is sent out incorrectly or perhaps it is the wrong email, perhaps a marketing campaign totally flops or perhaps you have to correct a long standing wrong with your customer base. At that point, what you do to handle the issue is all important. 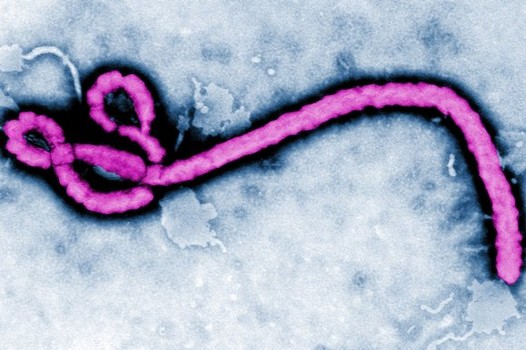 Address the situation and don’t ignore it: Any ebola outbreak is frightening but when there is potential for such a horrible virus to be in your backyard, that fear is heightened. To calm fears that bringing a sick American doctor back to the states would trigger an outbreak in the US, the government actively came out and addressed the situation. They didn’t pretend that it didn’t exist. When faced with a crisis or customer facing problem, it is best to face the issue and not ignore it. You must fill the vacuum or else someone else will and most likely with negative reviews or campaigns. While you may not be speaking about an infectious virus such as ebola, your situation is just as serious. Address it don’t ignore it.

Define the situation and outline corrective efforts: Once the American people found out that an ebola patient was coming to the states immediately alarm bells were raised. The US government very calmly explained that yes the virus is very deadly and infectious but then they continued to describe the extreme measure that were being taken to insure the safety of the public. This alone took much of the fear away. I once saw a company that for over 5 years did batch and blast emails. As a result, their email database was unresponsive and the performance metrics of their email campaigns were pitiful. Once again we are not talking something as big as ebola but this clearly shows how the same tactics can be applied. MarketingModo recommended that the company address the issue once and for all with their consumers. The management team was fearful that admitting they made a mistake would aggravate their customers and show that a mistake was made. An email campaign was developed in which the company admitted that they failed to follow the brand promise they gave to their customers of delivering relevant content, Furthermore, the email described the corrective measures that were being in place. An email preference center was being developed that would allow customers to select what type of information they wanted to receive and how often they wanted to receive it.

There is always a light at the end of the tunnel: In every situation whether it is dealing with a national and international crisis such as an ebola outbreak or dealing with a business issue, you must remember that there is always a light at the end of the tunnel. It may be a company mistake that went viral unintentionally or perhaps something as simple as an email with the wrong coupon code or a code that doesn’t work at all. May not be ebola but to the person managing it, it probably seems just as bad. Mistakes and unfortunate events happen. It is how we learn and grow both as people, nations as well as businesses. Mistakes made marketing what it is today. By following the tactics above not only will you address the issue in a professional manner but you will also gain the trust of your customer base.